HEFEI, China, Dec. 26, 2019 /PRNewswire/ — According to Xinhua Screen Media Co., Ltd., who tenants the China Screen at New York Times Square, the promotion video of Hefei, known as "Hometown of Bao Zheng" or "lakeside city and innovation hub", played on the China Screen on Christmas Eve. The video shows the opening mind of Hefei city to the world. 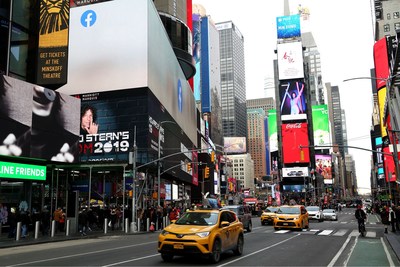 The promotion video starts with the beautiful landscape of Nanfeihe River. The solemn sculpture of Bao Zheng tells the profound history and civilization of this city. The shore of Chaohu Lake has perfect scenery. "Man-made Sun", quantum satellite and urban construction of Hefei illustrates the image of green development, technological innovation and city scape. This video shows the rapid development of technological innovation, socio-economic development and brings the cityscape of "lakeside city and innovation hub" to international audiences.

The promotion video shows the comprehensive strength of Hefei has enhanced. This beautiful city hopes to take advantages of technology, civilization and ecological environment to strengthen opening-up and embrace the future.

THE WRIGHTSTUFF DIARY: WFH or WAH?

Notre Dame Fire: Over US$1 Billion Crowdfunded for Repairs