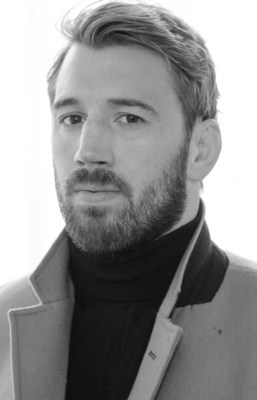 The Whisky Cask Company’s new Integrity First campaign will launch later in the month. The new multi-media campaign will be brought to life through a series of educational and experiential activations and cultural immersions designed to bring passionate collectors together around powerful conversations, shared experiences and a celebration of quality Scotch Whisky.

"The Whisky Cask Company are uncompromising in their pursuit of excellence and are champions of innovation, and I am so happy to be part of this family now," says Robshaw.

"There’s an awareness shift happening, which The Whisky Cask Company celebrates, where collectors are given greater transparency and access to the highest quality and most innovative products on offer, and I’m so proud that I get to be part of the journey."

Chris Robshaw began playing rugby at Warlingham RFC and was educated at Cumnor House School in Surrey, before moving to Millfield School. After developing through the Harlequins Academy, Robshaw made his first club appearance in 2005 and has made more than 250 appearances in the Harlequins jersey.

In 2010, Chris was named captain of Harlequins and two years later was named captain of his country for the 2012 Six Nations in just his second Test (one which came two and a half years after his International debut). Chris captained England to their historic victory over the All Blacks in December 2012 as well as in the 2015 Rugby World Cup in England.

Chris is also considered to be one of Harlequins greatest players ever. As Quins captain he led the side to both the Amlin Challenge Cup title in 2011 as well as the Premiership title in 2012. Along the way Chris has received many individual accolades including being named Premiership Player of the Year in both 2008/09 and 2011/12 – the only player in history to do so twice.

Chris has worked with a variety of different charities throughout his life, such as Macmillan, Breast Cancer Now, Canine Partners and the British Dyslexia Association.

About The Whisky Cask Company:

The Whisky Cask Company connects passionate collectors, from all over the world, with Scotch Whisky products of the highest integrity. The Whisky Cask Company sources and supplies Scotch Whisky from a wide range of locations throughout Scotland. The Company acquires the highest quality new make spirit from distilleries based around the five whisky-making regions of Scotland – Speyside, Highlands, Lowlands, Islay, and Campbeltown. This in combination with rare and exclusive casks from around the world as well as specially selected maturation environments allows The Company to create valuable and original products.

Is Blockchain a Giant Government Killer or a Major Boon for...

Guide to Buying Property in Myanmar as a Foreigner

The Benefits of Urban Farming